Expert reveals story of the deserted hamlet of Holgate 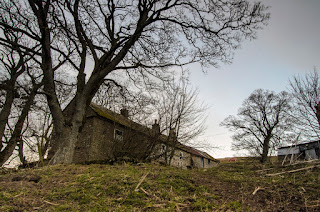 Hidden away in a little known valley, an abandoned cluster of homes is all that’s left of a remote way of life. Soon there will be just rubble. Editor Trevor Brookes finds out about the deserted hamlet of Holgate and the debate on whether old farm buildings should be saved 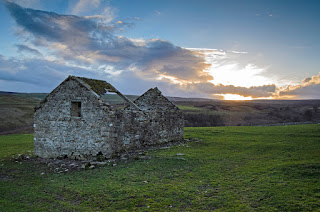 IN the 1990s, the last inhabitant of Holgate reluctantly left their home and closed the door on centuries of history.
Now the isolated hamlet, south-east of Barningham, lies abandoned. Age and the weather are slowly calling time on the farm buildings and houses that were once buzzing with life and people.
Retired farmer Colin Longstaff was born at Lummas House nearby.
He says: “It was a working farm with sheep and cattle and I remember it well when we were kids. It belonged to the Milbank Estate which sold it off. The owner hasn’t been able to do it up. I find it sad that it’s been left like that. It will soon be lost.”
The story of Holgate has been researched by historic building surveyor Jen Deadman and a team of volunteers as part of the Heart of Teesdale project. What they discovered was the subject of the last in the series of Winter’s Tales talks at Barningham Village Hall. A packed audience heard it.
Depending on which century you were from, the settlement would have been spelled Haulgate, Hallgate or Holgate.
Like many marginal places in the north of England, Holgate was intake land, or farmland claimed from the moors. Those who lived there faced a never-ending battle to stop nature taking it back again.
“People scraped a living and pulled back that land to create these fields which needed constant work to keep them,” says Ms Deadman.
Nearby are Helwith and Kersey Green. Together with Holgate, those three places made up the New Forest township in 1822 in the parish of Kirkby Ravensworth.
That year, 67 inhabitants and 2,000 acres of common land and moorland were recorded in the township. Today, there are just ten people living in that area and none in Holgate itself.
In 1848, there was a drover’s inn at Holgate. Only piles of stones remain but it was once an important stopping post for those who brought goods across the wild moors. In Holgate hamlet itself, there were three main buildings, along with the inn. Little is known of Well House nearby but much more is known about Holgate House, which was the residence of wealthy yeoman Leonard Spenceley. It was the last house to be inhabited and Ms Deadman’s photos clearly show it to be a handsome place to live even after three decades of neglect. The elegant stairs and fireplace survive, although the staircase is now too dangerous to climb and stone slates tumble from the roof.
“It’s sad to see and it’s probably even in a worse state since I last went,” says Ms Deadman.
A collection of people including a leadminer, farmer, children, schoolmaster,  shoemaker, mason, labourers and dressmaker called Holgate their home in 1841.
“There was quite a lot going on in that community of three houses. In that small community, 26 people were living and thriving. They would have been working hard but supporting each other. But from there, it went downhill,” explains Ms Deadman.
The Spenceley family disappeared from census records in 1861. Just a few years before, he was married with two children and two servants and was master of 1,000 acres. A decade later, there were just eight people living in the group of houses, hidden in a remote valley on the back road across the moors between Newsham and Marske.
Just before the outbreak of the Great War, two families comprising seven souls remained – the farmer, miner, shepherd, lodger, servant and gamekeeper had gone.
Electricity arrived in the 1960s and Holgate House provided hearth and home until it too was abandoned and left to slowly fall apart.
Ms Deadman says: “If we’re not careful, like the drover’s inn, Holgate House will disappear from the landscape. Should we be preserving this building or not? I’m playing devil’s advocate but can we go down the line of preserving all these types of buildings?”
Ms Deadman, who has been studying old and disused buildings for 25 years, is keen to celebrate the “histories of these lost communities”. She says she is passionate about these places but raises an important point.
The Yorkshire Dales National Park Authority has faced criticism in the past for its vision for the countryside.
One hill farmer once told this Mercury editor that they were lucky because they lived a few hundred yards outside the boundary of the national park in Swaledale. He explained how his neighbour wanted to extend a listed farmhouse to accommodate a farm labourer but was refused permission. Instead, an unsightly old caravan was pitched up opposite the grand old building.
“In Swaledale, they are keen to preserve all the buildings and field barns but there aren’t the uses for these barns any more as they stand,” Ms Deadman says.
She asks whether it is right for taxpayers, through grants and schemes, to foot the bill to restore these relics of a bygone agricultural age.
“These buildings are protected for the future but we ask ourselves why. We can’t turn them all into self-catering cottages. Some of them will have to go. This is part of the evolution of the countryside, for better or for worse,” Ms Deadman says.
So where does that leave Holgate? Twenty-or-so years ago a woman offered to buy Holgate House but the deal was never agreed.
She says: “It was lovely inside – it’s a beautiful situation because the wind whistles over the top of it. It’s in a bad state now.”
Locals say they aren’t exactly sure who now owns the hamlet.
Colin Longstaff’s ancestors worked four farms in the former township of New Forest and proudly erected a marker to say so.
Asked whether it was feasible to save Holgate, he replied: “It would cost a fortune.” 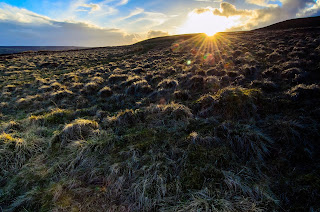 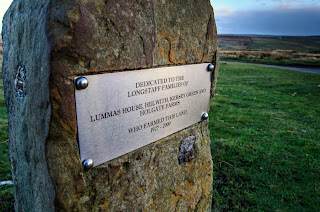